COVID-19 – The runway to recovery

Alan Joyce of Qantas announced that COVID-19 is ‘the worst crisis to ever hit the aviation industry worldwide.’

IBSA Industry Engagement Partner, Chris Hudson, recently came back from Aviation Week’s MRO Australasia Conference in Brisbane where COVID-19 and its impact was the topic of the day.

Here he gives his insights into the immediate challenges the industry faces.

“The immediate challenge is financial viability and job security. At the Aviation Week Conference, the industry was forecasting global financial losses as being at the upper end of $USD113B. The forecast revenue loss for the Asia Pacific was estimated at around $USD49B, and that was in mid-March before the actual severity of COVID-19s impact was known.

The expectation for Asia Pacific was a 23% decline in passenger numbers [measured on internal domestic flights], but with the developments over the last two weeks, we can’t put a figure on it right now.

What we do know is that Qantas and Virgin have announced a 60% decrease in domestic travel, and Qantas have already stood down two-thirds of its staff.

As of 30 March, there will be a complete halt on International travel. This stoppage means a vast majority of fleets will be grounded and creates a ripple effect throughout the ancillary and support industries.

How the government and industry responds is still being worked out, but it’s complex. The MRO sector in Australia has an ageing workforce, and if people are stood down or forced into early retirement, it will be harder to fill those jobs when the industry does recover.

The logical solution would be to look to the broader Asia Pacific region to fill the gaps, but this poses another problem because not all international qualifications are automatically recognised by CASA. For example, the Hong Kong CAD is an airworthiness regulator similar to CASA – yet anyone authorised by them to maintain aircraft needs to go through a complex recognition process to have the same authorisation here.

That was another hot topic in Brisbane, and the general consensus was that we need a more regional approach around recognising qualifications.

Depending on how long it takes the industry to recover, we might find that recruitment will present as much of a challenge as financial recovery.

But for now, it’s about what action is needed to preserve our MRO sector and the supporting ancillary industries from COVID-19’s impact.

We don’t know how severe it will be, and we won’t be able to gauge the actual effect on the industry – domestically and internationally – for a few months.

What we can safely assume, though, is that innovation and financial support is needed for Aviation to survive and thrive.” 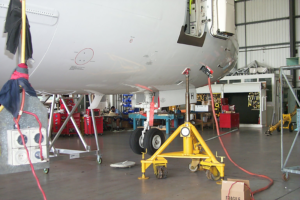 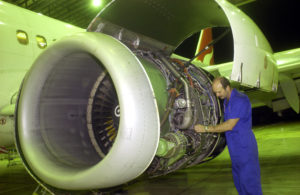